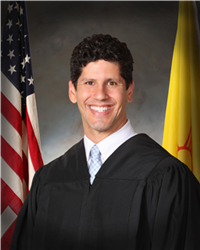 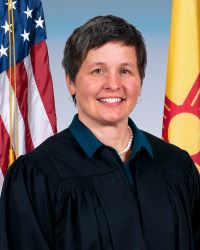 Melissa A. Kennelly was appointed district judge in April 2019 and elected in 2020. Judge Kennelly presides over cases filed in the Colfax and Union county district courts, including felony criminal, civil, probate, children’s court, domestic matters, administrative and magistrate court appeals, and is the district’s water judge. She presides over the Raton Adult Drug Court and Behavioral Health Court programs, chairs the Colfax/Union County Criminal Justice Coordinating Council, and serves on the Judicial Standards Commission and the Supreme Court Code of Judicial Conduct Committee.

Prior to her appointment as district judge, Judge Kennelly was an attorney for the Eighth Judicial District Court; practiced law in civil matters, including litigation and transactional work in real estate, business, insurance, foreclosure, water rights, estate planning, and probate; and was an appellate law clerk for Judge Tim Garcia in New Mexico and Judge Steve Bernard in Colorado. Judge Kennelly graduated with honors from the University of New Mexico School of Law, where she was co-editor-in-chief of the Natural Resources Journal. Prior to moving to New Mexico in 2004, Judge Kennelly served for six years as a police officer in a suburb of Cleveland, Ohio. 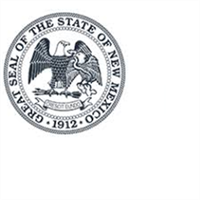 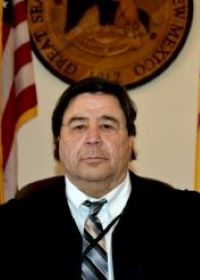 Prior to his appointment, Judge Ortega served as  Special Assistant to United States Senator Jeff Bingaman, Director of Pre-Trial Services for the Eighth Judicial District Attorney’s Office under John Paternoster, and Press Secretary for New Mexico Secretary of State Rebecca Vigil. He holds a Bachelor of Arts Degree in Political Science from the University of New Mexico 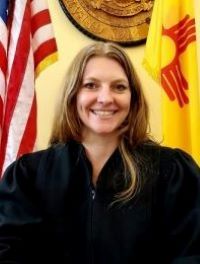 After practicing law in Santa Fe and Taos, appointed Taos Magistrate Judge in March 2020 by Governor Michelle Lujan Grisham, then won the primary election in June 2020 to serve her first term. 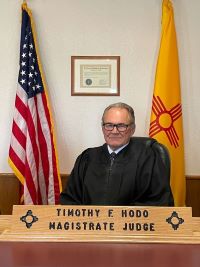 Before coming to the bench he owned and operated multiple businesses in Clayton. He attended the University of New Mexico but left the University to pursue his business interests.